Like all other places in Australia, aspiring drivers of WA must go through a series of tests to obtain a driver’s licence. The first hurdle is the Learner’s Theory Test. If you enrolled in a driving school before taking the test, then you have a much better chance of passing it on your first attempt. But like all other driving tests, both theory and practical, you’ll get your chance for redemption should you fail. But the idea is to ace it on the first try, so you don’t have to waste effort and time.

So, what’s with the learners test WA? 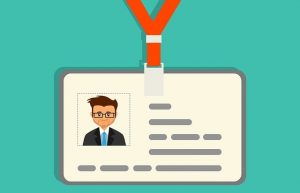 The test is comprised of 30 questions, all of which are of the multiple-choice variety. Every question has three choices, requiring you to pick the one you consider the correct answer. Every answer in the test is found in the Drive Safe: A Handbook for WA Road Users.

Interestingly, the learner’s theory test has a higher passing requirement than other states: 80%. It means that if you get seven or more questions with a wrong answer, you’ll fail the test and will have to retake it to move on to the next step.

Keep in mind that applicants aren’t allowed to take another crack at it on the same day. Instead, you’ll need to schedule for the same test another day. This should be considered good news – even if you failed on your first attempt, you’re given a second chance to ace it. Use the time you have on online practice tests to ensure that you won’t fail on the next attempt.

Preparing for the learners test WA is imperative, yet many would-be drivers ignore it. For instance, you must be aware of the materials needed, most especially the handbook. Put in the time to read it multiple times. If you’re into reading a ton of stuff, there’s an available summary that congests the content from the original 133 pages to about 50 pages.

Your preparation must focus on the possible questions to be asked in the test. It’s why the summary makes sense as it filters the content and focuses on the information relevant to the test. Hence, you’re getting a more targeted approach in your preparation.

Once you feel like you’ve done enough studying, the next step is to proceed to the online practice tests. Keep in mind that these practice tests are available online and are usually free. Therefore, you can take as many practice tests as you want. If you’re accessing the practice tests via the Department of Transport, the agency provides you with a total of 11 tests which are a simulation of the real test.

Be reminded that there’s no other way to get your driver’s licence in WA than passing this learner’s theory test. In other words, there’s no going around it. If you’re committed to driving, embrace the reality that you need to pass this test.